How Long Do Bees Live?

How long do bees live?

What is a bee lifespan?

Social bees live in colonies. Each individual bee fills different roles, which benefit the entire bee community. The bee lifespan, or how long bees live, will vary on the species of bee, where the hive is located, the quality of the food source available and the role the bee has within the hive.

How long do honey bees live?

Honey bees are definitely the most well-known of all social bees and how long these bees live vary depending on their job in the hive. Worker bees literally work themselves to death and only have a lifespan of about six weeks on average. The only exception being that if a worker honey bee is born in the Fall they can live for around four to six months because of the winter pause. It’s a bit of bad luck if you’re a drone as drone bees exist for the sole purpose of mating to ensure the survival of the hive and then die immediately after mating!

In comparison to other bees and even other insects, the queen of the hive lives quite a long life. A queen honey bee can live for 2 to 3 years and lay up to a staggering 2000 eggs every day! If we do the math, she can very easily produce over 1 million offspring for her colony! If a hive loses their queen, the hive will only survive for a period of six weeks.

If your honey bee hive tragically loses its queen prematurely, there is hope of saving the hive. As a beekeeper, you can also increase productivity of an entire bee colony through raising a queen bee. 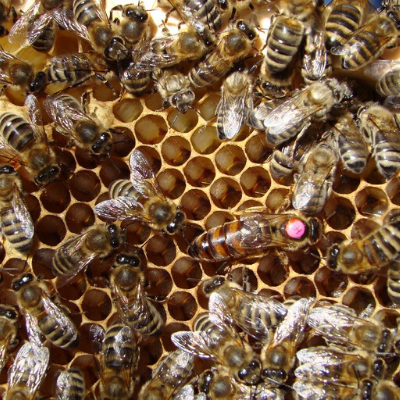 How to raise a queen bee

And yes, you calculated correctly…this timeframe is well inside the 6 weeks you have to save your hive if you lose your queen.

How long does a queen bee live?

The most important role in the bee hive is that of the queen bee as she produces the eggs for the entire hive. She is distinguishable as she is larger than a worker bee. This is because she alone is responsible for ensuring the colony continues by producing new, baby bees. But how long do queen bees live?

How long the queen bee in a hive lives really depends on the type of bee.

The queen of a honey bee hive can live from two to three years with instances recorded of queen honey bees living up to five years, and gosh is she busy during her lifetime. She has the capacity to produce over 1 million eggs to ensure the hive continues and thrives. As the queen honey bee ages her productivity will decline, and her worker bees will start to feed several young larvae royal jelly in preparation for replacing her. 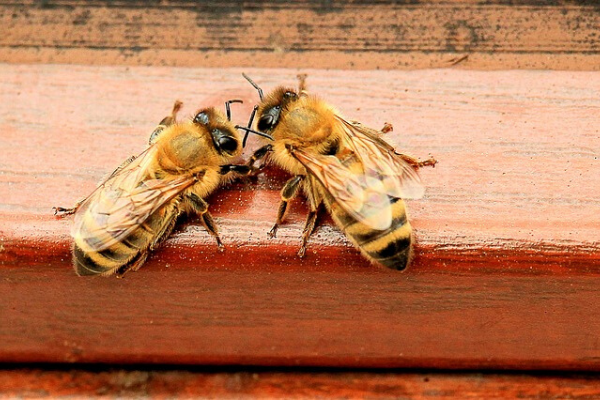 As in all good stories of monarchies throughout history, the replacement of a queen honey bee is dramatic and brutal. When the hive has a new queen waiting in the wings, the worker bees kill their old queen! They smother her and sting her until she dies. This may seem rather heartless and callous but it is completely necessary to the survival of the honey bee colony.

Bumblebee colony queens differ from honey bees. In beautiful, buzzing bumblebee colony only the queen manages to survive winter. She will live for approximately one year, mating in the Fall then hunkering down to ensure her survival during the cold winter months. When spring arrives, the bumblebee queen establishes a new colony. She will produce a few male drones the following Fall and bestows the honour of becoming a new queen to several of her female offspring then retires and dies, allowing her offspring to continue the bumblebee lifecycle.

There are up to 500 species of meliponine bees, more commonly known as stingless bees, and these lifespans vary from species to species. One species is reported to have queens that remain productive for over three years!

Do you want more information?

For more information about bee lifespan, how long a queen bee lives, how long honey bees live or just how long bees live in general, you can check out these resources:

The bees in your back yard.

A guide to North America’s bees

Complete with stunning photos and interesting facts, this guide book sets apart the features of some of the 4000 bee species currently living in Canada and the US.

100 Plants to Feed the Bees: Provide a Healthy Habitat to Help Pollinators Thrive

The bee crisis is real and keeping our bees from complete extinction is the number one goal for the Xerces Society. Take a look inside this book for garden pollinator tips as well as facts about bees and their lifespan.